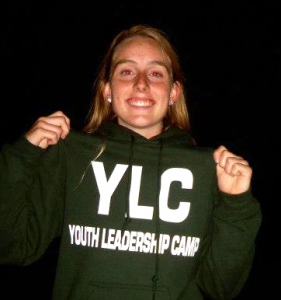 Learn about how TSD has helped students grow and thrive in 2012 by reading a student testimonial shared with our Board. The following is a letter from TSD Senior Marisa King, shared with the TSD Foundation’s Board:Dear Foundation Board,            After a month of staying at the National Association of the Deaf Youth Leadership Camp (NAD YLC) in Oregon, I’ve learned many things like leadership, buildership, teamwork, and WIN (Wanted, Important and Needed). NAD YLC leaders passed on knowledge of leadership and provided the tools to us to be better leaders in the future.  With these important tools, I have gained more confidence to lead my school and community. Not only that, NAD YLC really inspired me to join NAD YLC’s annual pageant contest. When I first learned that the campers would have a Leadership Development Program every morning, I thought the workshop would be boring. After the first five minutes of the first workshop, I absolutely realized that I was way wrong about this workshop. It was very educational. One of the lessons was about buildership. This is when an experienced leader builds a new leader. If it was not for buildership, we would not have great leaders because nobody helped us to be built into great leaders. I also learned a lot of other things such as loyalty, selfless-service, and believability. In my community, I have started to use the tools that I learned in LDP every single day. The evening programs, the Olympics day, and various classes with my team were the best memories that I had.  My team was named Lego. Looking back I remember the first day when we became Lego campers. We didn’t get along because we all did not understand each other. Teamwork was the one thing I needed to improve the most. I had a tendency to take over everything and ignore other’s input.  Everyone came from many different backgrounds, and you had to learn every camper’s personalities and respect their opinions in order to connect with them effectively. If you are able to connect with them with them, then you will communicate with them effectively. Teamwork was the only reason that I got into many obstacles with my team. Besides being a teammate, they really became my family too. Now, I am proud to say that I did it and I wouldn’t have done it without my family. Not only that, I also improved and learned how to work with different people in my community by making them feel wanted, important, and needed (WIN). Lastly, one of my favorite memories at NAD YLC was overcoming my fear of joining a pageant contest. If you really knew me before I went to YLC, you would shocked to hear that I actually joined the contest at YLC. Often my school (Teas School for the Deaf) asked me to think about contests, but I always declined to join. I was always involved in the school plays and the stage was my second home. Being on stage as a contestant is different then playing a character. I felt like if you make a mistake your character would judged not you. Colin Lualdi came to me and asked me if I wanted to be his partner for the contest. I thought to myself, “this opportunity may not be there in the future” which led me to accept to be his partner for the contest. I am totally glad I did overcome the fear of mine because I learned to push myself. Lualdi and I actually won Mr. and Miss. NAD YLC. Overall I am glad that I went to YLC because I learned and grew up a lot while I was there.  NAD YLC gave me a lot of tools that I will use in the future. I also look forward to see what I will and can do for my community, which will be in Austin, Texas!